Light and Shadow, the final book of the Way Shower trilogy, lays bare the very core of existence. Ellen Pompea faces her greatest challenges in the duality of life and the fate of her beloved Guardian Angel, Daniel, whose existence is split and hangs by a thread. Can Ellen immerse herself in the Light, read the shadows, and find a crystal clear solution to the dilemma that could both break her heart and jeopardize human existence? To accomplish this feat will require the teamwork of all the Way Showers as they awaken to their full purpose. Angels, Minions, Way Showers, humans, Dragons and even cloistered monks take center stage as multiverses come together for survival. Above it all is the meaning of true and deeply-abiding love.

Ellen Pompea navigates a treacherous path, encountering angels and minions, in her heroic efforts to save her Guardian Angel, Daniel, from a tortuous end. And along the way, she discovers that a simple, living, beating heart holds the key to what she most desires. 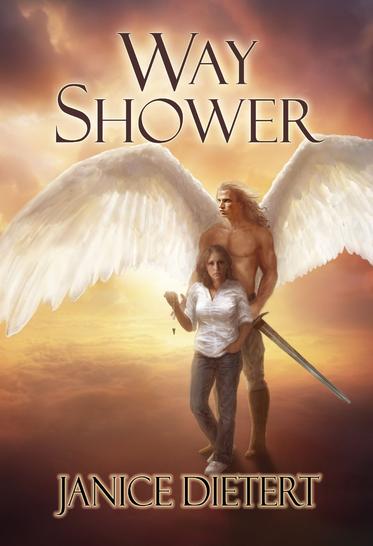 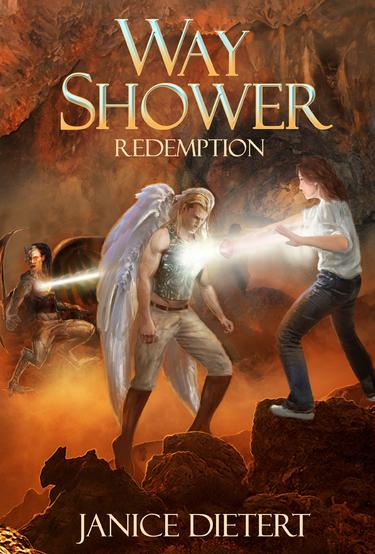 Ellen Pompea hit bottom, or at least pavement, when a car hit her on a busy street and sent her flying.  On the way to the hospital, she slipped into a coma and entered an alternate world, one that reflected the struggles and challenges she felt inside.  From the burning desert sands where she discovered Daniel, her Guardian Angel injured from a brutal attack by Marauders, to the Marauder's fight ring, the Ice Queen's palace and even the pits of hell, Ellen travels in search of who she was before her life fell apart.  Daniel faithfully accompanies her every step of the way vowing to do whatever it takes to help her piece herself back together.  And in the process, they discover a deep love neither can fathom yet both need in order to survive the ordeal.  However, will it be enough to bring Ellen the healing she needs before her time runs out?